Do you have a question that isn’t covered here? Let us know by sending an email to info@nobveenweiden.nl. 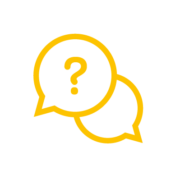 Are comparable studies being undertaken in other countries?


Studies on peat oxidation are underway in Germany, the United Kingdom and Canada, amongst other places. It is important to note, however, that there can be an enormous variation in peat soils in different regions. Comparison is therefore difficult, but we will certainly be considering the lessons learned from these studies.

How does the NOBV deal with the risk that limited measurements at one or just a few locations end up giving an inaccurate picture of all peatland regions?


This is certainly something we are aware of. Peatland is very diverse. We tried to take this into account when selecting the locations, and we use mobile measuring systems as well. This allows us to take measurements in different parts of the landscape.


Yes, there are methods for this. These assist in determining and correcting for emissions and the uptake of different compartments for different soils and land uses.

Clay and sandy soils emit CO2 as well. Will this be included in the study?


The CO2 emissions from clay and sandy soils are the short-cycle decomposition of freshly produced, rapidly decomposing organic matter; slightly older humus This short-cycle CO2 is very strongly dependent on the productivity of the plants, which can vary a lot from place to place due to soil type, fertiliser, grazing, and so forth. It is difficult to get exact data from this regarding the precise contribution of short-cycle CO2 at X location in a peat meadow.
The trick is to find out for yourself just how much CO2 is actually released from the soil through peat conversion at each measurement site in a peatland region. The NOBV aims to achieve this with the models and the measurements of biomass and in the soil.

How do the measurement results relate to the current Van den Akker functions?


The Van den Akker functions are based on ground-level measurements over longer periods – multiple years – measured once a year. We only started our extensometer measurements last year, so we will need to take measurements for a longer period before we are able to comment on this.

Does the amount of moisture in crops affect the results in InSAR?


Moisture in crops has had little effect until now. However, water abstraction by vegetation can have an effect.

How does it work with the water required for underwater drainage; doesn’t water availability pose a problem?

How much seepage – and thus supplementation – is required for pressure drainage?

Is the water quality for wet crops considered too?

Can influencing the composition of peatland soil, by modifying its structure and/or the soil conditions, help to reduce emissions of unwanted gases? For example by adding natural minerals like clay minerals and/or volcanic ash to pasture areas?

Adding clay minerals might help. Most of soils in peatland regions already have a naturally clayey topsoil or consist of clayey peat, or they contain a lot of clay because clay and sand have been applied in the past (the ‘koopveengrond‘ on the soil map). Additives that increase the acidity can stimulate peat breakdown (this progresses faster at higher pH levels). Rock powder (granite, olivine or volcanic ash) could contribute to CO2 absorption or the reduction of emissions, but it carries the risk of heavy metal release (e.g. of nickel from olivine powder). There are no known studies of the effect on peat soils.

Are different soil layers being considered? Or is it assumed that the whole of the soil layer is homogeneous?

In the Peatland-VU model the soil can be divided into different soil layers, each up to 10cm thick and with their own organic matter content, moisture characteristics, C/N, pH.

What is the explanation for the fact that both the groundwater and the saturated zone seem to be responsible for soil respiration?


The significant and substantial movement in the saturated part of the soil is one of the (interesting) new insights obtained from the new continuous extensometer measurements. We still need to investigate this further and explain it, but it is probably related to the following: fluctuations in the groundwater level have a direct influence on oxidation and shrinkage and swelling – processes that are particularly important in the unsaturated zone. While peat oxidation causes irreversible subsidence, shrinkage is partly reversible (swelling) when there are rising groundwater levels. In addition, fluctuations in the groundwater level have an impact on processes that take place deeper in the subsoil, such as consolidation, through changes in the effective tension in the soil as a result of changes in the water pressure in the topsoil: as it gets wetter, more of the pressure above a certain level (in the saturated subsoil) is carried by the water and less by the solids in the peat, allowing the saturated peat subsoil to expand, thus moving with the groundwater level. The reverse happens when it gets drier.